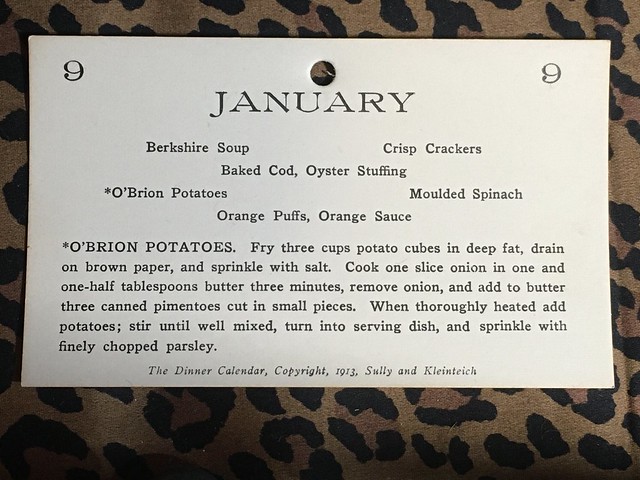 I presume Berkshire Soup is named for the picturesque region in Western Massachusetts and not the county in England.

O’Brion Potatoes (usually spelled O’Brien) might have originated in Boston at the turn of the 20th century, or maybe New York. One more thing for the two cities to squabble over… The recipe usually calls for bell peppers, but here it’s canned pimientos.

This project is supported by my Patrons on Patreon and donations from other enthusiasts of historic cookery. With your help I can acquire the unusual ingredients and equipment and do the research needed in my quest for greater historical accuracy in my culinary adventures. Thank you so much!