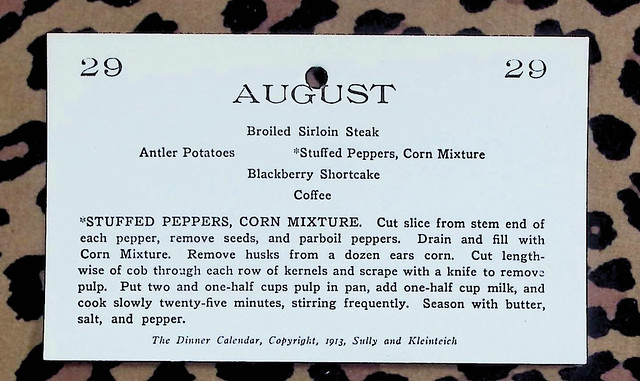 Antler Potatoes (in The Boston Cooking-School Cook Book as Potatoes à l’Antlers”) may be referring to The Antlers Country Club in upstate New York. Now called Rolling Hills, it opened in 1901. The recipe does not appear in the 1896 edition of the cookbook, which further supports my theory. However, I haven’t yet found a menu or any mention of a famous potato dish, so it remains a theory.